September happens to be my favorite month of the year, not because it’s my birth month (though that doesn’t hurt) but because it’s the beginning of my very favorite season; Autumn.

For my birthday this year, I decided to ball out and treat my friends to a magic show at Black Rabbit Rose Magic. Birthdays are fairly new to me, and I’m still getting used to the attention they draw and really I’m learning how to celebrate myself. 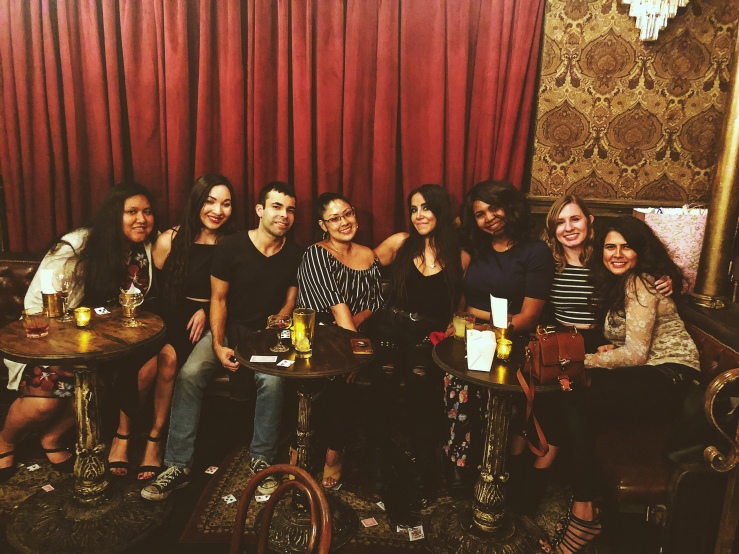 During the magic show, I got called onstage to do a fun little trick, and that red curtain behind us opened to reveal an incredibly beautiful woman who sang one of my favorite Edith Piaf songs; La vie en rose. After her song finished, she gave me a gorgeous red rose which I’ve to this point dried out and saved.

Once the show finished, we were escorted to an area towards the center of the building and told that we were going to take a special entrance for No Vacancy attached to Black Rabbit Rose by a series of tunnels. I’d never been to No Vacancy before, so I was extremely excited to try something new. It was a blast and I also got my palm read inside. I was a little scared of that, but it turned out to be pretty fun despite me not remembering anything the woman told me. My awful memory strikes again. 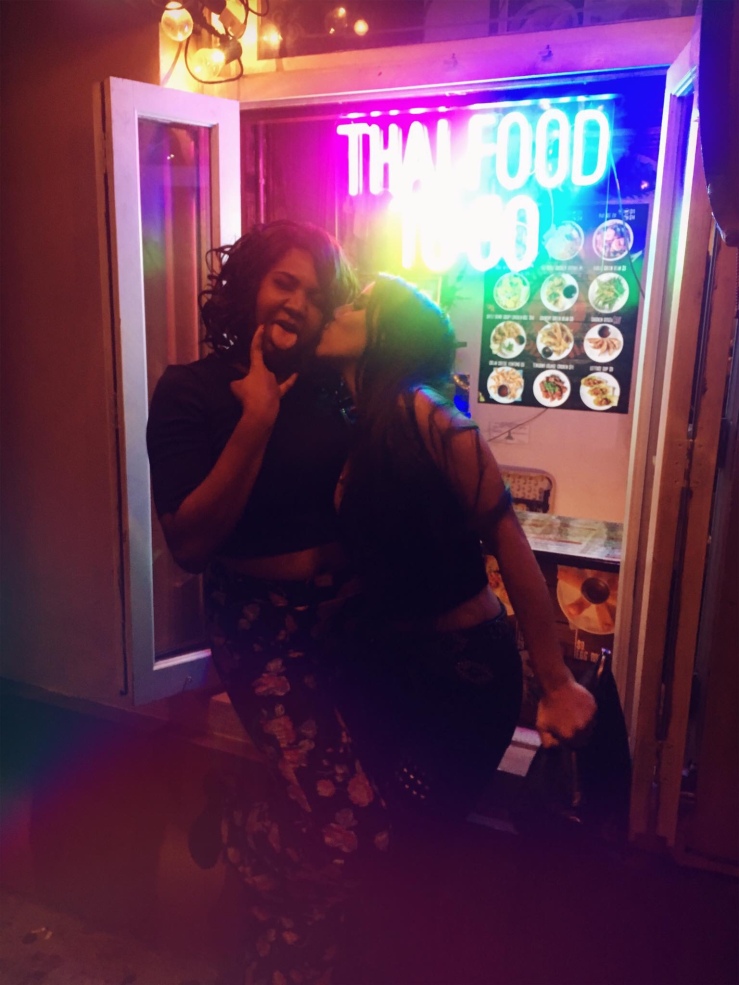 Once dancing concluded, we left and discovered that there’s a little Thai restaurant on the side of Black Rabbit Rose – SCORE! I got myself some late night Mango Sticky Rice, one of my absolute favorite desserts when it’s in season and a crispy, bubbly Coke to wash it down. Clearly, my diet could use some work. After eating and during the Lyft calling process one of my friends (the one above) had the brilliant idea of getting tattoos. I was definitely down, but I’d also been drinking and I don’t like to make non-alterable decisions when I’m in an altered state. I think that’s pretty fair. I let her know that I was definitely down, but we would need to go on a different day when I could be more certain of what I wanted to permanently place on my body. Quite a fab choice if I do say so myself. 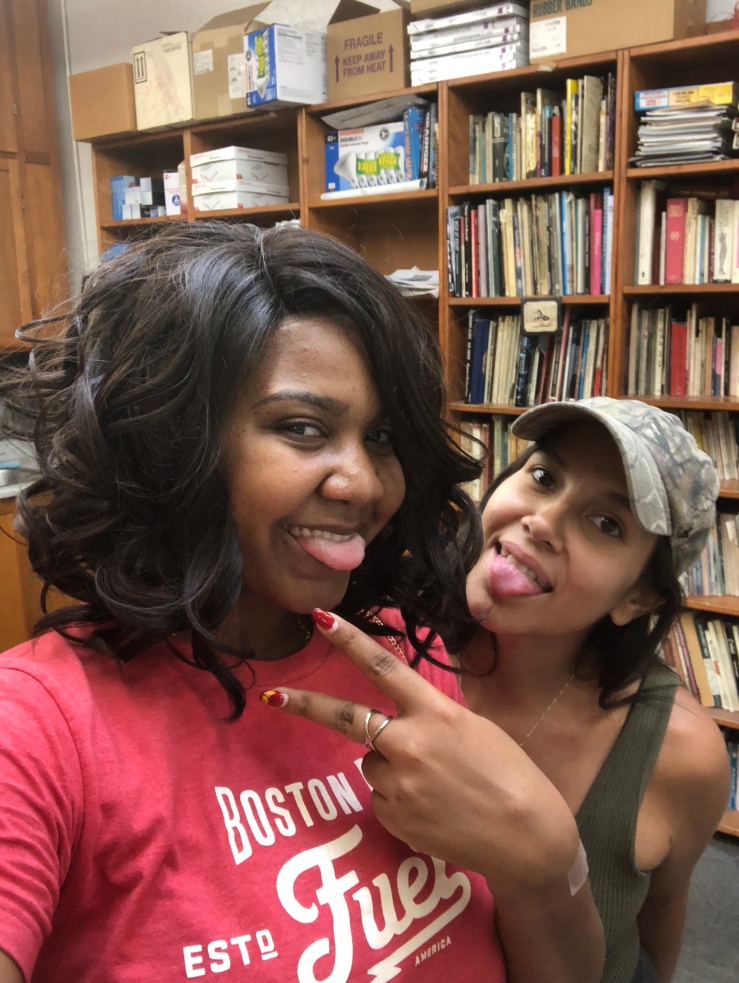 Cut to the following day and the time has finally come! Tattoo day at Sunset Tattoo in Hollywood! I am absolutely in love with the macabre but on the creepy/cute side. It’s my very first visible tattoo and it’s a tiny alien skull with a heart-shaped space in the eye and an upside down heart for the nose. A bish in love. It didn’t hurt anywhere near as much as any of my other tattoos, but it was a touch uncomfortable. It helped that it was so small, it only took about 20 minutes to complete. It was my first time going for a tattoo with a friend on the same day and at the same location. 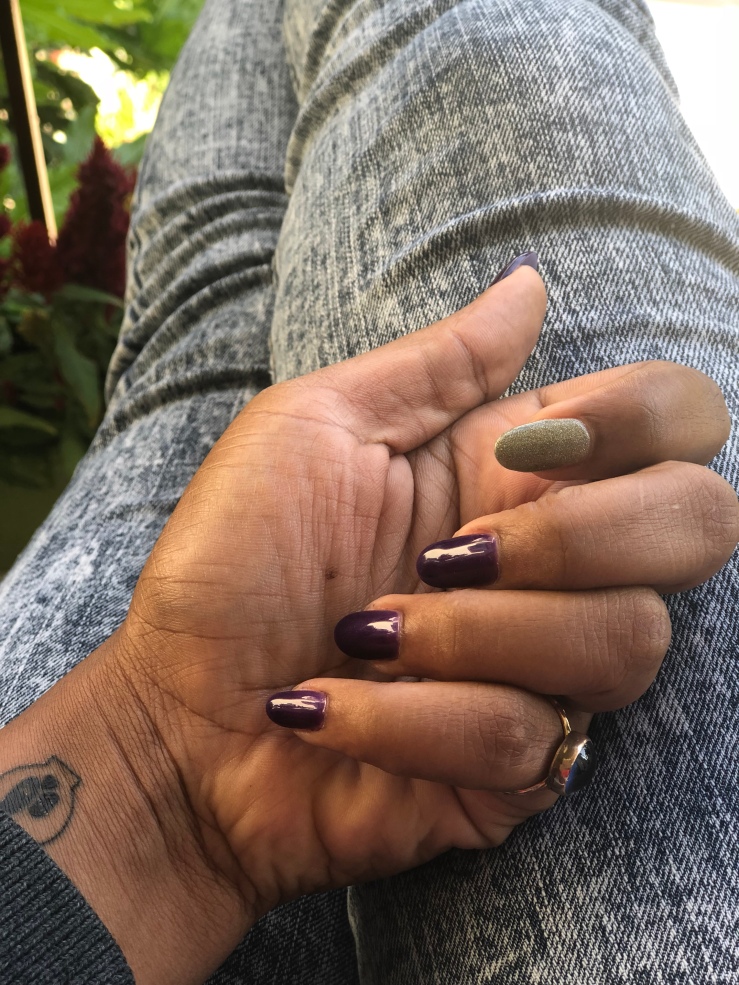 As a side note, I have a tattoo on the left side of my waist that says “My heart to joy at the same tone and all I lov’d I lov’d alone” and it is the only tattoo I absolutely detest. As soon as I have a good idea of a larger tattoo I want – most likely flowers of some sort, and I gear myself up for the pain of a needle on my waist, that is getting covered up. I got that when I was still living in Olympia, WA for college and I went with a friend who was quite smart in her decision and was a lot pickier than I was with her choice of font and the words that she used. I should have definitely followed suit, but as we all know, hindsight is always 20/20.

Following tattoo day by about a week or so, two of my very favorite people invited me over for a birthday brunch at Square One in Silverlake.

I had an incredible BLT that used arugula instead of lettuce. The bacon was thick cut and absolutely incredible, and those potatoes. THOSE *clap* POTATOES! I very rarely have a house-made hash that I enjoy from a restaurant, but these were perfectly crispy and so beyond flavorful. I was definitely a happy lady.

I must admit at this point that I’m not really much of a foodie. I have to eat to not die, but I would be perfectly happy eating the same three meals every single day for the rest of my life. I’m open to trying new things and I absolutely enjoy a fantastic restaurant, but the food is not a super big part of my life. I’m much more interested in building relationships, reading books, talking politics, and partaking in the extraordinary experiences life has to offer.

At this point, I just want to highlight some things I’ve done in the last few months that I don’t particularly have a story for.

UGH I LOVE THESE TWO SO MUCH. Mr. Blue is like a knight in shining armor if I’ve ever met one and Mr. Black is seriously one of the sweetest and most understanding people I’ve had the pleasure of encountering. My life would legitimately not be anywhere near as good as I feel it is without their supportive friendship. They’re seriously the MVP’s in my life. This is definitely a bit off topic, but I couldn’t resist the opportunity to highlight some people whose friendship have changed me to the core. They make me better, at least a little bit.

I met this sweetie at Mickey Hargitay Plants in West Hollywood when Mr. Blue and I were helping another friend to organize her apartment. 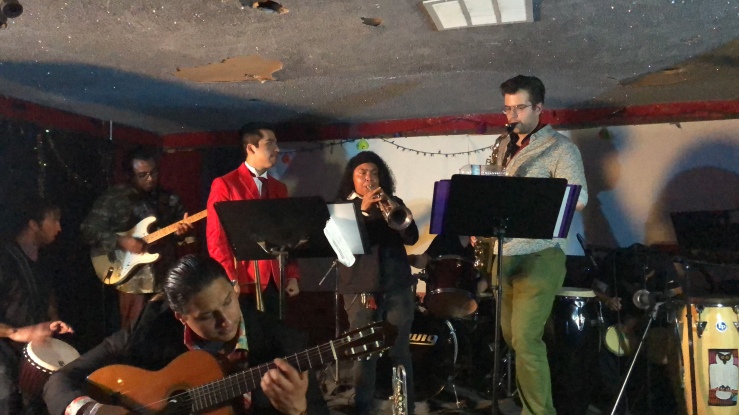 My niece Ms. Trumpet had a show at Cafe Nela in Glendale. It was SO much fun seeing her in a jazzy and more relaxed setting. I’m much more used to seeing her on stage with the LA Phil and playing much more classical music.

A friend date to JiST Cafe and the Japanese American History Museum in Little Tokyo was an interesting time. I adore Crunch Berries, and adding that to some pancakes was absolute perfection. I happen to be pretty bad at inviting people out places, but my friends know me well enough to not take it too personally. They’re incredible at making me still feel like a part of their lives while still taking my desire for space into consideration. I’m genuinely so beyond lucky to have such wonderful people in my life. 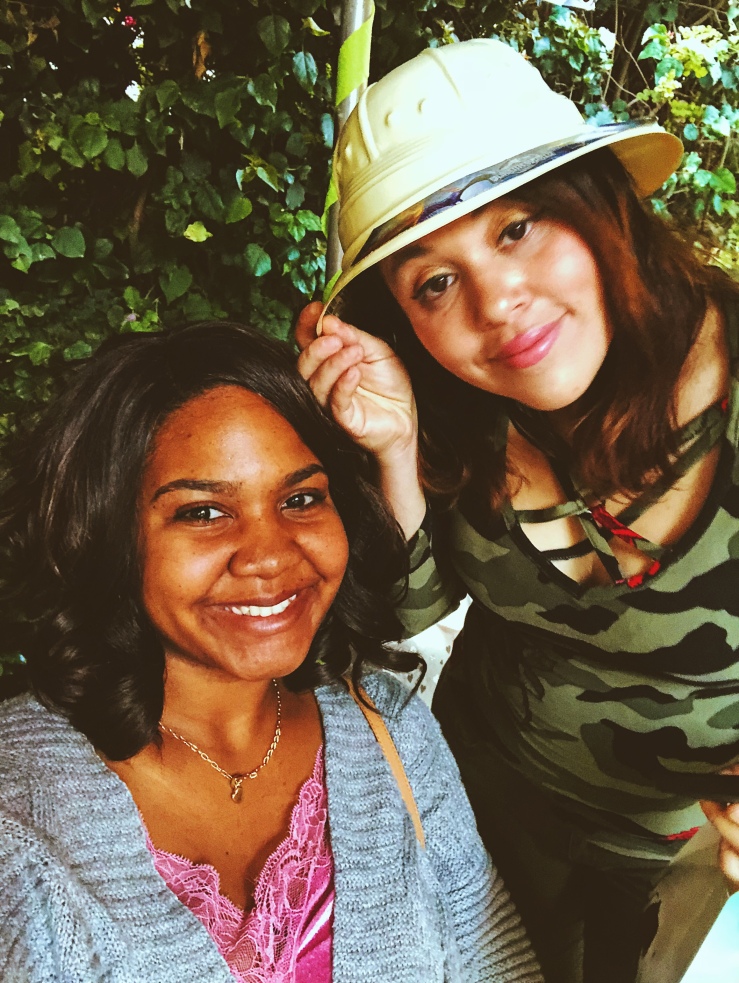 Now, this is my oldest friend. We’ve been kicking it since I was 14 and she was 18. We’ve gone through so many ups and downs together, and she has seen so much of my development over the last 15 years. Now that she has a family, we don’t see each other like we used to, but I know that we’re going to be biffers until the end of our days. I think it’s super exciting to think of all the people I’ll get to grow old with, it makes the thought of the aging process much less terrifying.

At the rate my life is going and the absolute horror I find as I’m beginning to date in LA after a few years hiatus, I’ll probably have my children playing with Ms. Lady’s grandchildren, but I’m certainly in no hurry. Her kids are a handful enough to keep my ticking clock in check.

This little miss is one of the most thoughtful kids that exist. She has a heart of gold and I’m so glad I get to watch her grow and be a part of the process. I know that she’s going to do some incredible things moving forward.

Halloween is my favorite holiday right next to Christmas, and the Nightmare Before Christmas is my favorite movie ever. I watch it probably 5-8 times a year. My favorite time to watch is at the end of October at the Hollywood Bowl where Danny Elfman and the original voices in the movie come on stage to sing the songs while the LA Phil Harmonic plays the score. I dress up every year. Unfortunately, I don’t have any photos of myself this year since I went alone this time around.

Dia de los Muertos is another of my favorite holidays, and there is an incredible festival at Hollywood Forever Cemetery on the weekend before the holiday. We had so many people stop to take photos of us. Felt like such a celebrity.

At the end of the day, I have to admit, and I do admit, that I have a pretty blessed life. My friends are incredible, I have the freedom to be myself without worry, and I know that while life may be hard and the seas may be rough, as long as I ride with grace I’m going to be okay. Being unemployed currently is a little scary, but there is a certain thrill to the suspense of what’s coming around each corner. I’m quite happy to see where I end up going and the way that I get there.

So, what do you think about your life currently? Are you holding out for more? Comfortable where you are? I’d love to know the dreams that you have whether you feel they’re something you can accomplish or not. I believe in you so hard and I genuinely would like to hear from you in my inbox.

Thanks for reading lovies, it’s always a blast sharing and embracing the path I’m now on.

Down the Rabbit Hole